At the beginning of the year – or more precisely around February, gold was being traded at $1,790 per ounce, fast forward to April 2022, the yellow metal is trading at $1,980. This is after it had some brief encounters with prices of about $2,000. A lot of gold bullion dealers have been inundated with questions and inquiries about whether this would be the best time to buy or sell gold.

For centuries gold has been regarded as a safe haven investment. It is very liquid which means you can convert the metal to actual fiat currency when you need to. Gold can also be bought and sold everywhere in the world. There are gold buyers in most major cities and towns across the globe. Should you have gold you need to liquidate finding a bullion dealer Brisbane is just a few minute searches on Google. Whenever financial markets are nervous, and geopolitical tensions rise, the value of gold rises. There is always interest in gold whenever inflation rises.

Everyone is a big fan of gold; even Russia has been increasing its gold stores in the last 20 years. It currently has over 2,400 tons of gold stored in its central bank making Russia the sixth biggest holder of gold in the world. Other biggest holders of gold reserves are Germany, America, Italy, France, and the IMF. Investors will often take their cues from successful countries and follow what these countries have been doing. If Central banks seem to be on a gold buying spree, individual investors might us what it is these countries are trying to hedge again. They would after be able to know what is happening in the political world and economically before the rest of the world and its people know. So, despite the recession, central banks continued to buy gold and so did investors.

The World Gold Council, which is regarded as the global authority on gold has reported that over the past 2 to 5 decades, gold has performed better than a lot of other physical assets. Gold has delivered an annual return of about 4 percent with demand coming from financial and individual consumers from countries like China and India where the yellow precious metal is an important part of the culture.

The growth in the demand is expected to increase with the rising geopolitical tensions, rising inflation, and distressed economy. Over the past decade, the price of gold has reached record-breaking levels and in that time we have seen a rise in the number of bullion dealers.  It becomes tricky to figure out whether investors should buy more or take advantage of the high prices now and sell. It is not that tricky to find a bullion dealer Brisbane when you sell. There is no telling what the price of gold is going to be and there really is no psychic or oracle who can tell you what is going to happen to the price of gold or what is going to push the price beyond that, but almost every economist knows the significance of owning gold. History has also shown time and time again that gold is a store of wealth with a value that does not diminish when everything else is crumbling. It is always a benefit for people to own gold to safeguard their futures. 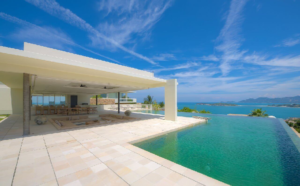 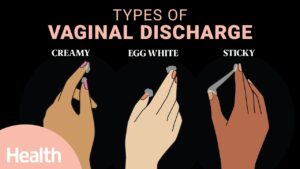 Next post All You Need To Know About Discharge

Employing a home garden maintenance Buckinghamshire provider is a smart decision relying on your lifestyle. Taking care of mowing, trimming,...

All You Need To Know About Discharge

As we go through puberty, we notice many changes in our bodies. Pubic hair, chest forming into the breast, menstruation...

Benefits of Buying Property in KohSamui

Playing Online Blackjack Has Its Perks