Editorial photographs refer to the images that appear alongside the text in print or online publications. These images are meant to help a story or support the narrative featured in the text, while putting emphasis on developing a particular tone or mood for the piece. Such images usually appear in magazines or newspapers and help in adding a visual element to the story. Editorial photographers can often find themselves shooting in varied styles and settings, right from events and portraiture to food and fashion. Bruce Weber Photographer, for instance, is most famous for his fashion editorials.

There are a lot of people who get confused between editorial photography and photojournalism, and for good reason. After all, both the types of photos do appear in a publication, and have text alongside it. But it is important to note that editorial photos are meant to support a text, narrative of a story, rather than being a type of journalism. Editorial photos are typically viewed to be more subjective than photojournalism. One would be able to compose their editorial image in a much more creative manner than any kind of photojournalism shot. While most newspapers and magazines have strict rules around post-processing and composing photojournalism images, nothing as such can be applied to editorial style photos.

Stepping into the domain of editorial photography needs a lot of creativity, patience and practice. It is quite a competitive field. And there are many photographers who toil hard for years to make name for themselves, while accumulating a good amount of knowledge and experience along the way.  No one becomes as eminent as Bruce Weber Photographer in one day. But with consistent dedication, hard work and improvement, people can surely make their mark as an editorial photographer. Bruce particularly specializes in editorial fashion photography. This style is slightly different from typical editorial images, as they might stand out on their own, accompanied with little or no text. A lot of magazines show fashion editorials as multi page spreads in which images have emotion, personality and style of their own. Editorial photographers for fashion magazines typically work closely with stylists, designers, and fashion brands to tell a story using the power of an image, rather than words. The photographers generally get the freedom to present the models and their outfits as per their own style.

For shooting editorial photos, one would need an efficient gear set up, which includes a lens, camera and a tripod. Having a full frame DSLR camera would be better for this purpose to get a solid depth of field. Diverse lenses can be used for distinctive shots. After all, editorial photographers are commonly thrown into different settings and have to be quick enough on their feet to adapt accordingly. Having basic lighting equipment is also important for editorial photographers, which can be carried easily from gig to gig, 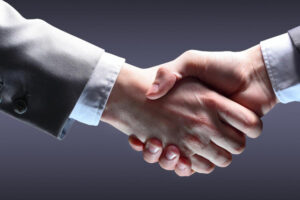 What is a serum for eyelash growth? Eyelash serum is a product that promises to thicken, lengthen, and enhance natural...