WeChat call recording can help you to keep track of your calls. It can be used for archiving and compliance purposes. You can even take advantage of its ability to search for messages. This is especially useful for business purposes, because you will be able to find and access your messages quickly. It can also allow you to avoid penalties for violations.

WeChat is a popular mobile platform in China. It’s a combination of a messaging app and a mobile payment service. It boasts more than one billion users. But, according to a recent study, the company is using its censorship powers to a much greater degree than other major social networking services.

WeChat, like all other social platforms, uses algorithmic systems to filter and classify content. These systems can be trained on large data sets to recognize and block prohibited material. They may be used to forestall potential regulation, or to thwart liability for illegal content. But, they also can give social platforms power over the private communications of their users.

A recent study by the Citizen Lab at the University of Toronto has uncovered some of the more advanced features of WeChat’s censorship system. The group, which focuses on the role of technology in democracy, has been monitoring the filters on WeChat for the past two years.

In today’s increasingly regulated business environment, compliance recording and archiving is vital. Often, firms need to maintain records of all customer, partner and employee interactions. These can include voice, video and IM communications. With the rise of social media and mobile applications, new surveillance and archiving solutions are rapidly emerging. These technologies ingest data from email, SMS, IM, social media and other specialty platforms.

For example, the SEC requires companies to record all voice calls and ESMA’s MiFID II requires that companies record all electronic communications, including mobile ones. As more and more organizations become reliant on the use of WeChat and other IM applications, they will need a robust WeChat call recording and compliance solution.

To make things easier, it can help to work with an independent technology partner. They can help ensure that you’re not making expensive mistakes.

Using WeChat archiving and analytics solutioncan analyze and secure WeChat content. Moreover, the service is able to synchronize voice and screen recordings to provide a comprehensive picture of a customer interaction. This makes it easy to verify that all conversations are recorded.

Tencent Holdings, which owns WeChat Pay, has been hit with multiple fines for anti-competition practices. The PBOC, the central bank of China, found the company’s payments platform had flouted rules on “know your customer.”

The PBOC also found Tencent’s WeChat Pay had allowed money laundering, with transactions made for illicit purposes. This included gambling and transfers of funds from a mobile payment network.

The PBOC discovered these violations during a routine inspection of WeChat Pay in late 2021. The company has not been convicted of these charges, but the government has decided to investigate and has proposed a number of penalties. The fines can range from hundreds of millions of yuan to over five million yuan.

The PBOC also found that Tencent’s WeChat Pay had failed to verify that users were merchants. This is one of the biggest financial penalties to hit Tencent. The amount is under consideration, and may be higher than previous non-bank payment company fines. 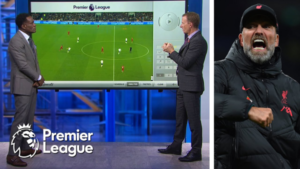 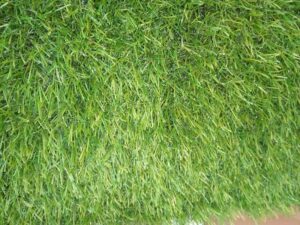 Next post What are grass carpets and why you should have them in your home?

Many companies are now using welcome text messaging to communicate with their customers. It is a more natural and easy...

There is a lot of haze around people about the MVP in software development because of various shared characteristics found...

Great marketing requires a strong grip on strategy, branding, and a product that people can believe in. But, of course,...

Virtualization is a way where one machine is taken and it is made to work as several pieces. This helps...

The wise licensing using schemes is an enhanced interpretation of Smart licensing, with the comprehensive objective of providing a licensing...

Electricity has emerged as a vital element of modern life, and people's reliance on it is growing daily. As a...

Insights Into The Value Of Hemp Flowers